If you want you can translate this blog, See at the right side....

SNC Calls For the Establishment of a Safe Zone in Syria

The Syrian National Council (SNC) was launched to unify and represent the voices of the Syrian people in their plight against the brutal regime of Bashar Assad. The SNC is entering a critical phase in the Syrian revolution whereby the hope of a continued campaign of passive resistance to an exceptionally brutal and unrestrained regime is becoming more and more akin to a suicide pact. Syrian protesters demanded an establishment of no-fly zones, safe havens and other forms of international interventions. The SNC consulted with military and strategic experts to better express the demands of the Syrian people.

The United States (U.S.) and European Union (E.U.) sanctions on Syria have indeed begun to take a serious economic toll on President Bashar al-Assad regime's ability to finance the state apparatus of repression. They will, in the long run, seriously impact the regime's ability to sustain its hold indefinitely over key elements of society. But sanctions have not stopped or slowed the murder, arrest, child-rape and torture of ordinary Syrians. Ten months of peaceful protests have been met with unremitting barbarism the likes of which have not been witnessed elsewhere in the Arab Spring. More than 5,000 people have been killed, over 50,000 declared missing, another 59,000 incarcerated and upwards of 16,000 dispossessed by the Assad regime.

A recent study issued by the Strategic Research and Communication Center entitled "Safe Area for Syria: an Assessment of Legality, Logistics, and Hazards" lays out the different forms of intervention with the risks and logistical elements that need to be considered. The SNC has been working with military experts, academic professionals, public policy experts, and strategic advisors to formulate the most accurate approach for civilian protection. The SNC submitted official requests to the Arab League and the United Nation to excersise the "Responsibility to Protect" and save the innocent lives being killed and tortured in Syria. The UN Security Council failed several times to issue a condemnation due to the veto by Russia and China. However, the UN General Assembly and the Human Rights Commission both issued condemnation resolutions. The Arab League issued historic resolutions and imposed sanctions on the Assad regime.

What should be realized is that global politics and shift in regional and global allignments takes time to persuade and change. The SNC has been working deligently on several courses of action to rally international support for the idea of humanitarian corrdiors, safe zone, official recognition of SNC as the sole legitimate representative of the Syrian people, humanitarian assistance and political support. To this effect the SNC followed several leads with the UN, International Criminal Court, Arab League, Organization of Islamic Conferences, as well as individual visits to different governments.

On Dec 21, 2011, The Syrian National Council's (SNC) Executive Office engaged in extensive contacts at the Arab and international levels, following the Syrian regime's brutal massacres and acts of genocide in Zawyia mountain (Idlib) and Homs. At least 250 civilians, including women and children, have been killed in these latest massacres.

In this regard, the SNC directed letters to representatives of the 15 member nations of the UN Security Council, including the permanent members, urging them to convene in an emergency session to discuss the brutal and systematic killings, the humanitarian situation, and the displacements forced by the regime and its security and military apparatus.

The SNC stressed in the letters that the regime is using children as human shields so that tanks and armored vehicles can storm residential areas. Incidents of gruesome murders have been recorded, including examples such as the killing of four brothers from the Hajj Ali family in Idlib; and the killing of Sheikh Ahmadal-Fateh, the Imam of Shamali mosque in Kafar Awaid village (Idlib), who was beheaded before his head was hung above the entrance to the mosque.

The SNC also pointed to the regime's use of heavy weapons and artillery in shelling civilian neighborhoods, as was the case in the Baba Amr neighborhood of Homs, as well as in the villages of Kansafra, Kafar Awaid, and Mazrain (Idlib), where a large number of residents were killed. Other residents were forced to flee under heavy gunfire.

The SNC also issued urgent communiqués to the Arab League; the Organization of Islamic Cooperation; the Gulf Cooperation Council; the General Secretariat of the United Nations; the U.S. Department of State; the British Ministry of Foreign Affairs; representatives from the Chinese Foreign Ministry; and the governments of France, Spain, Germany, Canada, Tunisia, Libya, and Sudan.

The SNC urgently requested that these parties support the Syrian people's and the Syrian Revolution's demands for international protection, the establishment of safe zones for civilians, and the establishment of humanitarian corridors for delivery of relief, medical, and other humanitarian needs. The SNC also demanded a prompt intervention to stop the massacres, which have reached the level of genocide and which coincide with the signing of the Arab League Protocol to send observers into Syria.
vos impressions ici ...toussaint à 1/06/2012 05:54:00 AM 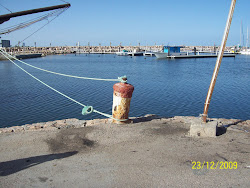